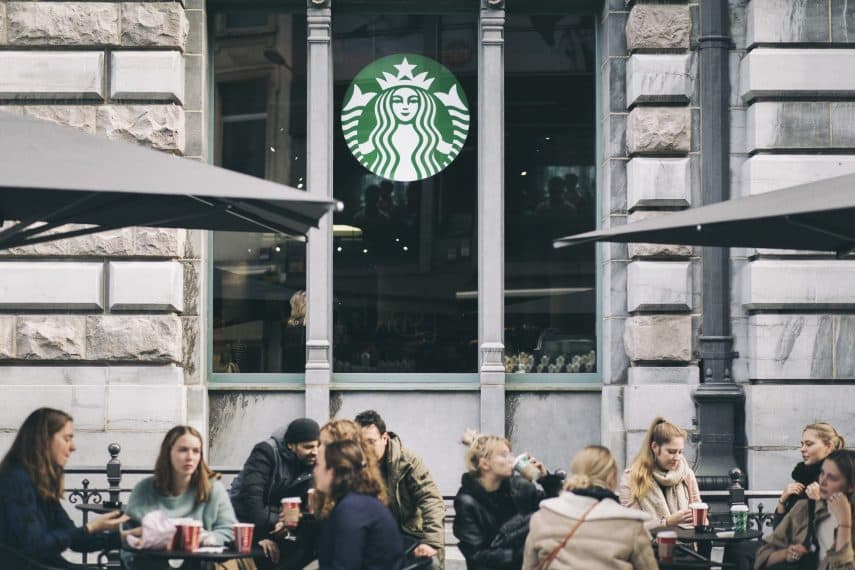 10TH Anniversary in Belgium: the infamous coffee stores had to close early due to the success of this campaign

Client
Starbucks
Services
ANTWERP | A decade after the first Starbucks café in Zaventem Airport, the collaboration between the American coffee icon and operational partner Autogrill spawned 19 different coffee locations, all sporting the iconic green logo and serving tourists, commuters and bypassers their daily fix of caffeine. To celebrate this milestone, Autogrill & Starbucks tapped Nightingale to create an awareness campaign surrounding the anniversary.

When Starbucks and Autogrill were wondering how to raise enough awareness surrounding their 10th anniversary, the duo decided on Nightingale to come up with a way to bring this under the attention of both media, influencers & consumers. Believing in the right combination of both physical and online presence & bought, owned and earned media, the communication & social campaign focussed on getting the news in the media before the anniversary date of November 6th.

Consumers were also informed about the nationwide and local Antwerp celebration events through social media, using content as a means to inform about dedicated give-aways, contests and activations taking place in the 19 Starbucks stores. People who bought coffee and found a sticker on their cup were even able to win a reusable Starbucks cup.

The campaign was featured in multiple print and online outlets, from newspapers to magazines, and the social campaign resulted in a reach of 449K during the day of the event. By creating these multiple points of communication, the campaign became a commercial success: the Antwerp store location handed out 3000 cups of coffee and had to close two hours earlier due to the success.

Nightingale was also responsible for the production of local activations. The activation included a dedicated influencer lunch the day before the re-opening of Antwerp, as well as the production of the event in Antwerp (Central Station) and Brussels. Noteworthy: people were lining up in front of the Antwerp Central Station store, resulting in the location closing two hours earlier due to the overwhelming success.